The history of Climate Songs

The golden era of songs about climate change was in the sixties. Actually, several of the great songs of the 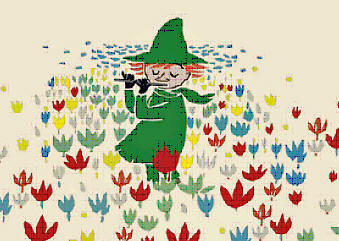 The oldest known climate song is Dylan's "Blowing in the Wind", likely written in 1961. The following year Dylan wrote "Hard Rain's a-Gonna Fall". Both these climate songs were released under the original names but with modified texts. In 1963 Dylan wrote "The Climate Is a-Changing", rewritten and released as "The Times they are A-Changing.  Likely Dylan gave inspiration for the John Lennon song "Carbon Man", later rewritten and released as  "Nowhere Man" and the Lennon-McCartney song  "We Can Work It Out", both probably written in 1965. The same year Dylan wrote "Who Changed the Climate", later released as "Positively 4th Street".  The following year Paul McCartney made the sad "For No One", while the first climate song by George Harrison "While Glaciers Weep" came in 1968, later released as "While My Guitar Gently Weeps".  It is not known when Dylan's song "Make My Dream Untrue" was written, but it was recorded more than 30 years later as "Make You Feel My Love".

In the early seventies Alan Hull (Lindisfarne) wrote "All Fall Down", "Poor Old Planet" and "CO2 Society",  the latter two released as "Poor Old Ireland" and "City Song". At about the same time Neil Young wrote "The Damage Done",  later rewritten and released as the anti-drug song "The Needle and the Damage Done". Another great climate song, "Six Degrees", was written by Bob Dylan in 1974. The reference to Mark Lynas and his book "Six Degrees" is surprising as the book did not exist at the time. The song was rewritten and later released as one of the most beautiful love songs ever written, "Wedding Song".